The bravery and defiance of Ibrahim Nablus immortalized him as a heroic martyr and saw tens of thousands fill the streets of the city of Nablus, where the resister was killed, to attend his funeral.

The ongoing Palestinian uprising, as well as the resumption of armed struggle inside the occupied West Bank, has been largely characterized by its tendencies as a grassroots movement, namely that there has been a chaotic reaction from of the occupant. The developments of the past few months have been an indicator of a major shift from the initial stages of the uprising and it is time to take notice.

The Palestinian armed uprising, inside the West Bank, largely dates back to the 11-day war that broke out in May 2021 between the Palestinian resistance in Gaza and the Israeli army. Following this, although the armed fighters had been active before, in September 2021, when the “Jenin brigades” were officially formed and the action they began to carry out shook “Israel” to its heart. 2022 has been a more violent year for the West Bank than for the beleaguered Gaza Strip, with the majority of Palestinians killed by occupation forces this year being inside the West Bank, with nearly 170 dead to date.

The scenes of armed resistance attacks, which occur several times a day at this time, against Israeli forces and settlers, brought back the tactics and brutality of the Zionist regime not seen in the West Bank since the second Intifada (2000- 2007). Although the initial attacks from groups such as the Jenin Brigades, the Tulkarem Brigades and the Nablus Brigades appeared to have been loosely organized and served mainly to inspire further action, while undermining the “security system Israeli, that doesn’t seem to be the case anymore. What marked a seismic turning point in the conflict between the occupier and the resistance inside the West Bank was the introduction of the Areen al-Oussoud, or Lions’ Den group, which declared itself out from the old city of Nablus on September 2.

Since the armed resistance in the West Bank was destroyed or disbanded in the early 2000s by the Israeli military and the Palestinian Authority (PA), the armed struggle has been isolated in the hands of movements operating from the Gaza Strip. For a long time there was a successfully implemented strategy, by the Israelis and the Americans, to isolate the Gaza Strip from the West Bank, meanwhile the resistance in Gaza – led mainly by Hamas – had taken the of the armed struggle.

There have been at least 11 large-scale Israeli assaults on the Gaza Strip, four wars and hundreds of attacks on the territory, causing untold misery for the civilian population of Gaza. Since the imposition of the siege, not only by “Israel” and Egypt but more importantly by collective Western governments, the strategy has been to pressure the Palestinian people who live inside the territory to overthrow Hamas. as a democratically elected government. This strategy, implemented since 2006 – not 2007 when the siege was significantly tightened and is often presented as having begun – the sanctions against Gaza have failed to bring the resistance to its knees and this is due to the resounding resilience of the Palestinian people.

For most of the history of Hamas rule in Gaza, it was “Israel” that took most of the initiative to strike first and be on the offensive. It has been noted by many analysts and historians, that despite the resistance’s constant bravery and innovation, “they had proved largely ineffective in inflicting significant defeats on the enemy”. The resistance’s strategic thinking however began to undergo significant changes, dating back to 2015 but truly showing stability from 2017, during the major conflict between Qatar and many Gulf states, in addition to other Arab regimes pro-Western reactionaries.

In 2018, during the Great March of Return, the armed resistance movements – which had not constantly fought each other but also had not participated in a true unified command – decided to form the “Joint Operations Room” of the Palestinian resistance. Although for most of 2018 the Israeli army regularly attacks the Gaza Strip with airstrikes and is constantly on the offensive, this will change in November of the same year.

Israeli operatives had infiltrated the Gaza Strip in 2018, plotting to assassinate or kidnap a commander of Hamas’ armed wing, the Al-Qassam Brigades, named Nur Baraka. The Israeli agents were discovered and fled, one of them being shot in the process, while Israeli drone strikes were launched against the Gaza Strip. What ensued was a complete embarrassment for the Israeli political establishment, not only was the Israeli raid a complete failure, but the resistance showed a new unified strategy that we had never seen before. Avigdor Liberman, then “Israel’s” war minister, was so embarrassed that he resigned his post. 300 rockets were fired at “Israel”, while the resistance fired anti-tank munitions which killed Israeli soldiers. A video was also released by the Sala al-Din Brigades showing that at least 5 Israeli soldiers were killed or fatally injured in a bombing attack, an event that happened in February but was covered up by the Israelis. The armed movement had laced Palestinian poles with explosives, waited for Israeli soldiers to shoot them down, then detonated the devices.

Then, at the beginning of May 2019, the armed resistance movements in Gaza chose to strategically escalate tensions and open a limited battle with the Israeli army, about 2 weeks before the organization in “Tel Aviv” of the Eurovision song contest. the song. In November 2019, “Israel” attempted to claw back some of its strategic initiatives, attempting to isolate and target the Palestinian Islamic Jihad (PIJ) movement in both Gaza and Syria. Despite the assassination of PIJ movement figures, including Baha Abu Al-Atta, the attack did little to change the course of the armed struggle.

Fast forward to May 2021, when the Battle of Saif al-Quds was declared by the Israeli army, the Palestinian people had united against the ongoing desecration of holy sites in the old city of al-Quds. It was in Saif al-Quds that the Joint Room took on real significance and it was clear that all groups resisting Israel were unified, which inspired the rest of the Palestinian population in the other occupied Palestinian territories. So far, despite “Israel’s” three-day attack on the PIJ movement in August, Tel Aviv has failed to achieve the equation it had before 2018. The Zionist regime is gone from attacking Gaza at will, constantly launching all the strikes it wanted, to being deterred from striking Gaza unless it wanted to engage in all-out war and now it is the resistance in Gaza plotting to strike first, strategic initiative.

Lessons learned and evolution of the struggle in the West Bank

One of the main problems that caused the setback in August this year, which took the resistance by surprise, was a fault in the rhetoric of the Gaza-based resistance. “Israel” exploited this weakness in order to inflict a psychological blow on the resistance as a whole, it was clear that the resistance had not prepared for the scenario facing it and although it reacted in a very rational, within its means, the Israelis managed to achieve a Pyrrhic victory on the propaganda front. The problem was not that the resistance had acted in the wrong way, but had projected great force and made threats that were not meant to be acted upon, the way many had interpreted them.

The “Israeli” attack on Gaza in August could have resulted in political points for Prime Minister Yair Lapid and a distraction from the maritime border dispute with Lebanon if only the regime had not become greedy. A few days later, the Israeli army sent special forces units to assassinate 19-year-old resistance fighter Ibrahim Nablusi, but his murder served the opposite of its purpose. The bravery and defiance of Ibrahim Nablus immortalized him as a heroic martyr and saw tens of thousands fill the streets of the city of Nablus, where the resister was killed, to attend his funeral. As his mother wore a proud smile while carrying her son’s body, thousands of people chanted the name of Ibrahim Nablusi and all over the West Bank young resistance fighters pledged to avenge his martyrdom. Instead of breaking down the spirits of the Palestinian people and their faith in armed struggle, Israel has strengthened the resistance.

The error in the rhetoric of the Gaza-based resistance has no doubt been corrected now as well, as the statement released last Friday by the Joint Operations Room clearly shows. This joint statement marks a turning point in the course of the armed struggle, as not only did they show growth in their strategic rhetoric, but they were also dressed in a very interesting way. It should be noted that the Joint Room, which brings together all the serious armed movements in the Gaza Strip, wore the military uniform, the keffiyeh and wore nothing to distinguish the faction from the resistance. This is symbolically strong, because at the same time, the Lions’ Den group in Nablus also refrains from identifying with any political or military party/movement.

The armed groups that have formed across the West Bank are made up of young people, mostly between the ages of 18 and 25, who come from many different political backgrounds and choose to work together as a unified force. The Lions’ Den group has also received a lot of popular support for its methods, successfully amassing protesters who will take to the streets of Ramallah, Jenin, Nablus and beyond in support of the resistance group. Unlike unity agreements that were signed on paper in the past, this unity agreement was manifested in the physical world between factions of the armed resistance. It is clear that the resistance in Gaza always takes note of the popular will of the Palestinian people, it adapts to it and learns from its past mistakes to put in place a strategy of escalation of the armed struggle against the occupier.

What is happening now with the development of the armed struggle; the unifying efforts of the younger generation and the resistance in Gaza must be analyzed within the framework of this new chapter which has opened in the history of the Palestinian struggle. This movement is becoming more and more unified, it comes from the masses and in many ways is led by the younger generation of Palestinians, it cannot be defeated by small Israeli military operations and it will soon intensify, paving the way to a completely new political landscape within all of occupied Palestine.

Next Is Xbox Series S holding back Next Gen gaming? - The recent development of Gotham Knights raises a stark question among fans 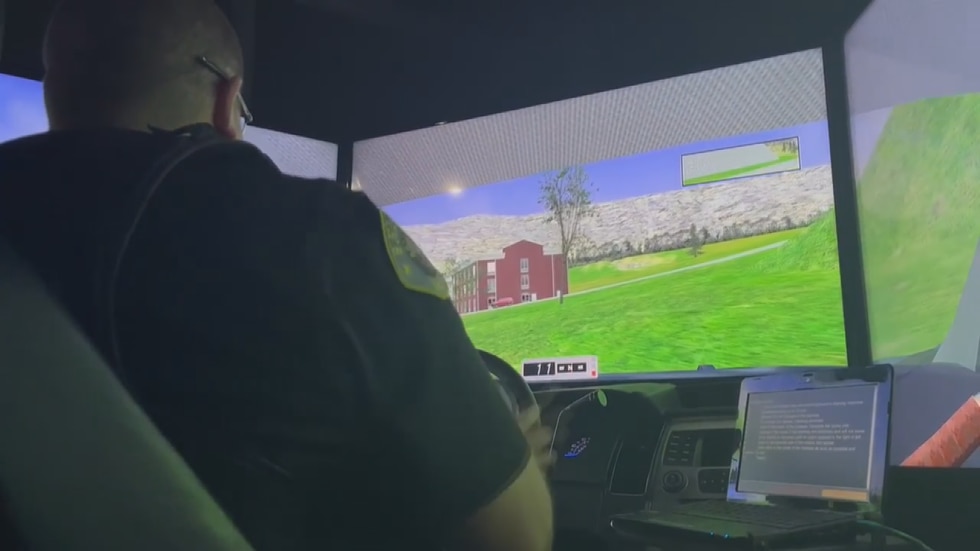 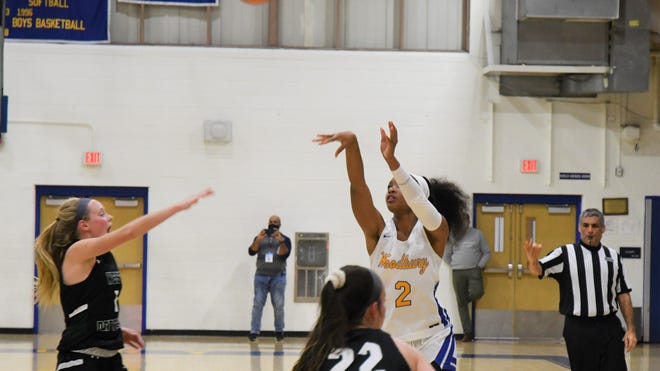