Refillable bottles are much better for the environment: Studies have shown that using a refillable bottle uses 93% less energy than making a new container. And the wash water? It takes between “47% and 82% less water than it takes to make new single-use bottles for delivering the same amount of drink.”

But recently I went to the local craft brewery, and there wasn’t a bottle to be found. Everything was sold in cans, and they told me they weren’t bottling anymore. When you walk into Brewers Retail, now known as “The Beer Store”, operated by the brewery-owned consortium that until recently sold all the beer in Ontario, it seems like all you can buy is canned beer, with the exception of a few. big classic brands.

They blame the pandemic and claim people aren’t bringing voids back, but I suspect that’s just a convenient excuse. The bottle seems to be disappearing from the Ontario scene.

The disappearance of the refillable bottle is a tragedy

This is, in many ways, an environmental tragedy. According Retail Brewer Stewardship Reports, the returnable bottles would be reused 35 times, and it was by far the most energy and carbon efficient system. I always claimed it was a model of how we should live with every product; put deposits on everything and get our milk and pop like our grandparents did, in returnable bottles.

But we live in a convenience culture and beer bottles aren’t as convenient as they used to be. The Ontario government recently allowed beer to be sold in grocery stores, and it will soon be available in convenience stores, which don’t want to deal with bottle returns. The real estate market is crazy and many beer stores are being redeveloped into condos, so there are fewer places to return bottles.

I would never buy cans for all these reasons and begged my children to avoid them for health reasons; they are of the age where they can have children and the boxes are lined with a bisphenol-A epoxy which is an endocrine disruptor.

I was wondering how much lower the carbon footprint of bottled beer is than canned beer and I was just getting blank stares back because no one was drinking regular crap stuff in bottles when you could get the cool craft stuff in cans. And the other day I bought six cans of beer for the first time at the local Lake of Bays brewery.

The story of the beer can

The eponymous head of a beer company hundreds of miles away in another country from another century. In 1959, he launched the 2-piece aluminum beer can that changed the world.

Bill Coors didn’t invent the beer can – it usually is credited to the American Can Company. They started working on steel beer cans in 1909, but faced two problems: the tendency to explode (fixed by a change of steel and welding) and the taste of the beer, which reacted with steel, resulting in a look of “metallic turbidity”. beer discolored and undrinkable. The problem of turbidity and taste has been solved through the use of glazes, waxes and synthetic vinyl (Vinylite). None of these did a very good job, and coating the cans remains an issue to this day.

There wasn’t much of a market for them either. Beer was mainly sold in taverns until Prohibition turned off the taps. When Prohibition ended in 1933, you could buy beer, but most taverns were gone, so brewers switched to returnable, refillable bottles, and people started drinking at home. American Can approached the Gottfried Krueger Brewery in Richmond, Virginia, which reluctantly agreed to try the cansoffering them for sale in 1935.

They were obviously a hit“Compared to glass, the cans were light, inexpensive, and easy to stack and ship. Unlike bottles, you didn’t have to pay a deposit and then return the cans for a refund. Instead, they could just be thrown away. It was convenient, but it still tasted metallic. And, they were expensive compared to returnable bottles, which dominated the take-out market.

Bottled beer worked because the bottles didn’t have to travel very far; they are heavy and the round trip from the brewery to the beer store could be expensive if the trip is long. There must have been many breweries to serve the cask and bottle market; in Ontario, Canada, where I live, the O’keefe brewing company had five breweries in Ottawa, Windsor and Toronto. Even the national brands were essentially local. Highways were narrow and slow, and refrigerated trucks and trailers were chilled by thick ice or expensive dry ice (frozen carbon dioxide).

That all changed after World War II, with the construction of the Dwight D. Eisenhower National System of Interstate and Defense Highways and the refinement of the refrigerated truck and trailer (reefers) invented in 1935 by Frederick McKinley Jones. His business boomed throughout World War II, and Jones was recognized as the first African American to receive the National Medal of Technology.

It wasn’t the can alone that forever changed Coors and the world of beer, but the confluence of highways and reefers. when you read the official history of Coorsthey describe how Bill Coors had “a passion for the environment” and developed the can to solve this problem.

“In the 1950s, cans were made of steel and thrown away. Everywhere. Steel cans not only littered the environment and became hazardous to health, but they gave beer a metallic taste. Bill Coors sought a solution for both problems.

But Bill Coors had another problem: his beer wasn’t pasteurized, and because of the seams on the steel cans, he couldn’t make them sterile enough to keep his beer fresh. It also had to be kept cool.

Therefore, he could only supply beer to 11 states. A parent, Darren Coorswrites that Bill Coors realized that “the cost savings associated with the cans allowed him to be competitive in markets farther from Golden, Colorado, such as Chicago, so he knew this was a pretty valuable container for the future of his family business”.

Coors invested millions in refining the two-piece aluminum can and brought it to market in 1959, hauling it to market in refrigerated trailers on the wonderful highways built by the US government. The highway and the reefer changed the economics of the beer industry, and soon Coors was available coast to coast.

Bill Coors did not patent the can but offered it free to other brewers so that the economy of scale would reduce the cost of manufacturing and shipping the cans. The economy of scale also worked in the breweries, and Coors could supply the whole country from Golden, Colorado.

Over the next few decades, all of these local breweries disappeared. Our O’Keefe breweries became part of Carling-O’Keefe, which was absorbed by Molson, which merged to form Molson Coors, the largest brewer in North America. The disposable aluminum can, cheap fossil fuel transportation, and concrete highways changed the world of beer forever.

Alas, the story and this chapter do not end there; it only gets worse.

Recycling aluminum is not efficient

From Bill Coors in 1959 to today, everyone is talking about how aluminum cans are recyclable and how energy efficient the process is. And by the standard of any other product, the recycling rate for aluminum cans is high. But still, only 50% of cans are recovered, and since the world consumes more aluminum than is recycled, only 73% of the aluminum in the average can is recycled content. The the recycling rate is also falling every year, as cities abandon recycling programs because they are losing a lot of money; aluminum is about the only thing of value in the recycling bin.

Meanwhile, aircraft makers, Teslas and MacBooks want virgin aluminum that meets their exact specifications. Aluminum rolling mills get more money for virgin aluminum than for recycled aluminum, so cans pile up and beer can makers can’t get enough aluminum foil. Instead, they import it, largely from Saudi Arabia where it is not made with hydroelectricity. Molson-Coors’ Director of Packaging Sourcing told the the wall street journal“We would prefer to buy domestic can sheets, but at the moment there is not enough to supply the domestic market.”

People in the United States have been drinking from single-use containers for years, but north of the border few people did until the pandemic hit. Now consumables are hard to come by and unlikely to ever return as beer stores are transformed into condo sites and grocery store oligopolies take over the market.

And at every step of the process, we pay a price in embodied carbon: in the mining and processing of virgin aluminum; in shipping longer distances; and in collecting, de-inking, melting, rolling, and extruding new cans, then coating them with epoxies made from gender-bending bisphenol-A. All in the name of convenience, corporate concentration and profit.

And after writing all this, I need a beer. 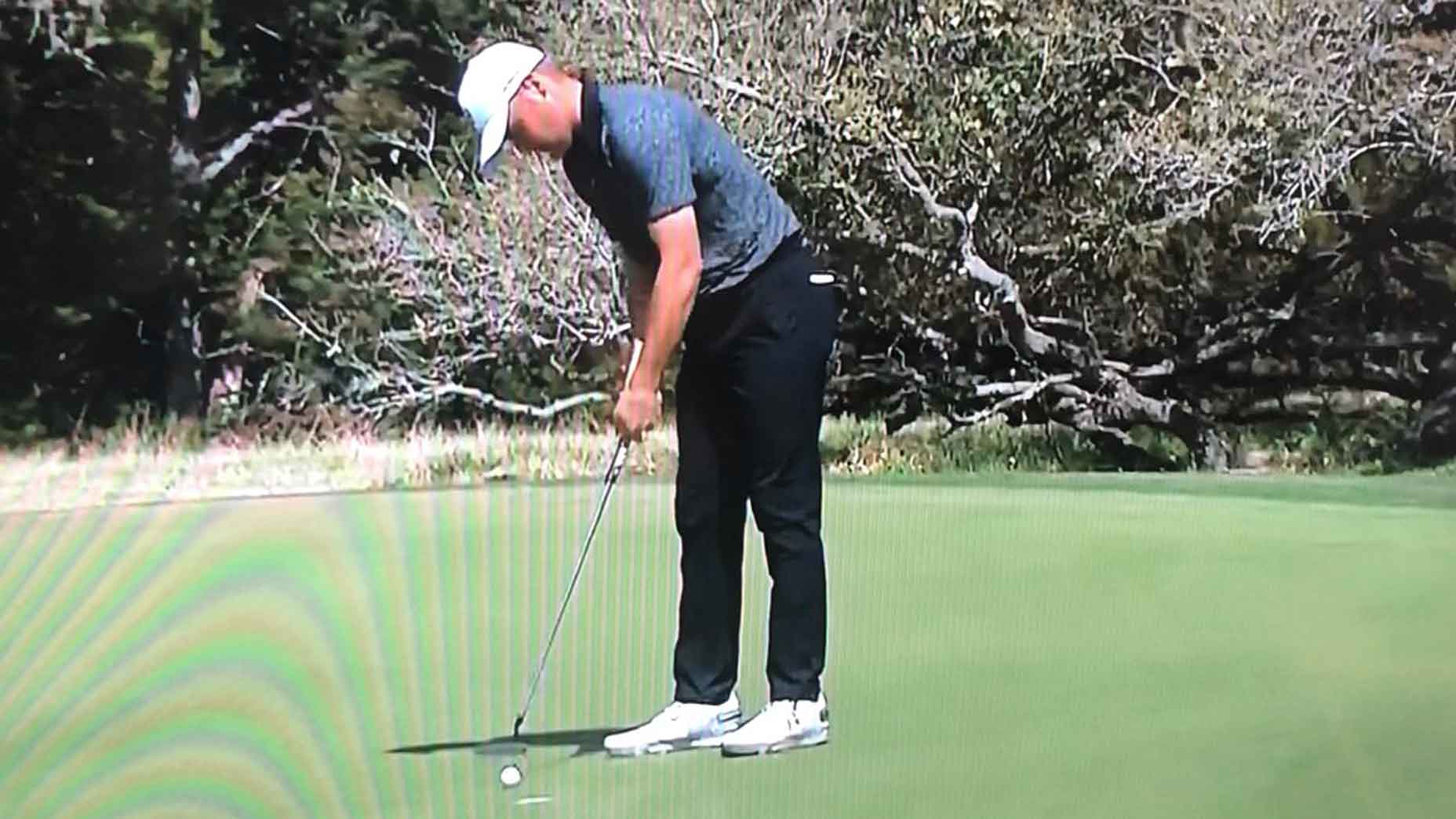